At the risk of sounding crass, insensitive and terse, I’m going to simplify why the Biden presidency is going to happen – whether you like it or not; the Trump campaign is bringing knives into a nuclear war. Here’s what I mean.

Remember the OJ trial? America was riveted. The infamous glove, the Bruno Mali shoes, the blood spatter, the history of domestic violence, and of course – Ron and Nicole’s bodies — slain and left at the scene.

All the signs of murder were pretty self-evident, after ruling out murder suicide. Then, all signs pointed to OJ as the killer. By most people’s estimation from the evidence found at the scene and subsequent sites of investigation, most people believe(d) OJ did it. But do you remember the ruling in that criminal case? ‘Not guilty.’

In a ‘normal’ murder or homicide case, as they say: no body, no crime. In the OJ case, there were both bodies and evidence, but that evidence proved to be merely circumstantial in the eyes of the jury. They couldn’t pin OJ directly to the crime.

Herein lies the case of Trump vs several states in which his campaign legal team allege wrongdoing.

There are numerous inexplicable anomalies, surges in tallies, formal affidavits, eyewitness statements, irregularities, and oddities that the country’s best statisticians and even crime scene investigators can’t explain as to how Joe Biden, the inert candidate, won the 2020 presidential election.

All these things that “seem” like evidence are themselves, not evidence. They are the glove. They are the shoes. They are the motive. But they, themselves – alone or even combined, are not the crime. There is no body, no smoking gun, or no dripping knife. There isn’t even a fingerprint to point to, in this case.

Understand that I am saying this in the most benign manner, totally devoid of emotion over this election. I don’t love Trump, nor do I hate him. I don’t hate Biden, nor do I believe he will bring any substantive change to America.

As I write this, there is breaking news that Trump’s administration is now cooperating with the GSA and allowing the formal transition process to move forward, as Michigan election officials vote to certify their election results. I bring this up because as I have said on air in weeks past: Trump will hand over the keys, but he will do it begrudgingly.

The Trump team will continue to challenge the merits of the election results, probably well beyond inauguration day – and they should. I would hope that the FBI and third-party super-sleuths also help investigate the allegations brought by Trump, because where there’s smoke, there’s usually fire. But proving who started the fire will be the hard part. In this case, to quote the late Johnnie Cochran: “If the glove don’t fit, you must acquit.”

Like it or not – President Biden is happening and half the country will continue to question the validity of that result. 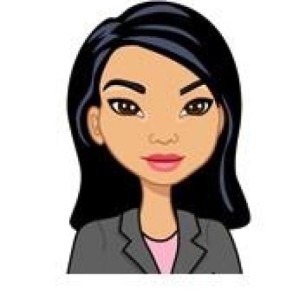 If you’re like me and was coming of age when the first Matrix dropped in 1999,